LibSubmarine is an open-source smart contract library that makes it easy to protect your contract against front-runners by temporarily hiding transactions on-chain. Take a look at our code on GitHub, check out the video introduction below, or read on to find out more.

When a user broadcasts an Ethereum transaction, it doesn't become part of the blockchain until a miner includes it in a block. This process usually takes anywhere from a few seconds to several minutes. During this time, other network participants can profit from their knowledge of the future inclusion of the transaction at the user's expense. This is called front-running.

This concern is far from theoretical. For instance, this blog post explains how Bancor, a notable DEX contract, is vulnerable to front-running. Frontrun.me is an IC3 project tracking the competiton between different front-runners and arbitrageurs in real time.

We use a technique called Submarine Sends (or Submarine Commitments), first described informally in this blog post, and later analyzed more rigorously in our paper "Enter the Hydra: Towards Principled Bug Bounties and Exploit-Resistant Smart Contracts".

Instead of a single public (and hence front-runnable) transaction,

we end up with the following flow: 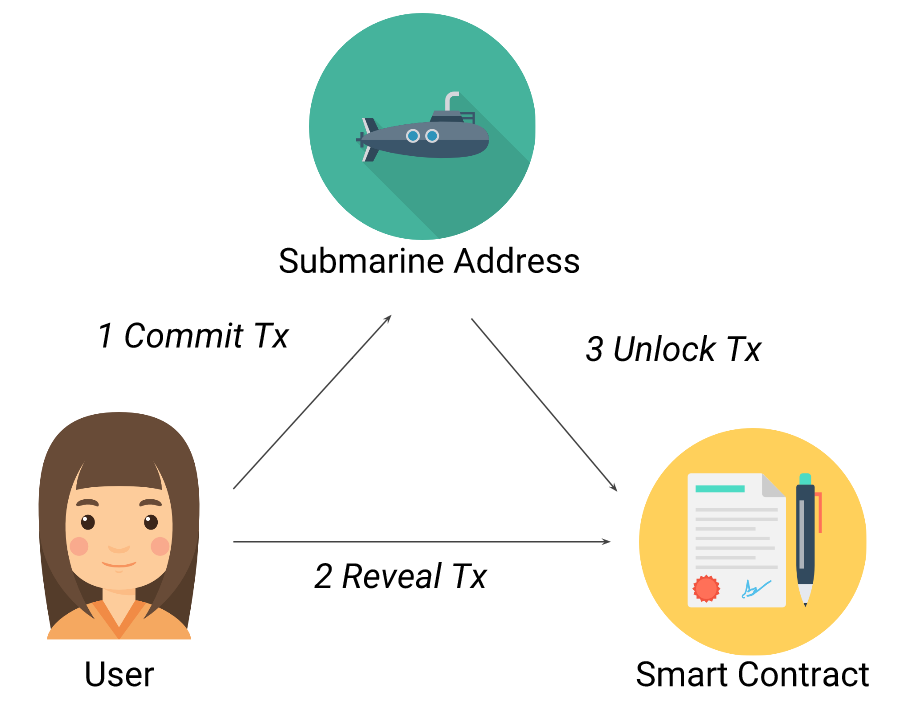 All code is on GitHub. We welcome contributions.

LibSubmarine is based on research conducted at IC3 by Lorenz Breidenbach, Phil Daian, Florian Tramèr, and Ari Juels.

Icons made by Freepik from www.flaticon.com, licensed under CC 3.0 BY.